Have you ever met a player with a heart of gold and a passion that burns so bright you see it in his eyes? My next professional player exudes this, 22-year-old Justin Martin, Wilmington North Carolina. Meeting this young man around four years ago at The Derby City Classic in Elizabeth Indiana, this columnist knew he was a monster in the making. Having the opportunity to spend some time with Martin over the next four months my suspicions were validated; future champion. Not turning down any opportunity to learn to refine his game, this kid was out torturing many of Alabama’s finest short stops, at this point not knowing where each of our paths would lead us but certain on to bigger things. This lands me to the Texas Open of 2021 and Ray Hansen’s star-studded line of professional players. Not seeing Justin since 2018, this not so teenager walks up to me with a smile that can melt your soul! His enthusiasm and lust for life is written all over his face and that game of his has been fine tuned to almost perfection. This youngster has progressed into a young man with one streamlined dream, to become the next Mosconi Cup hopeful! 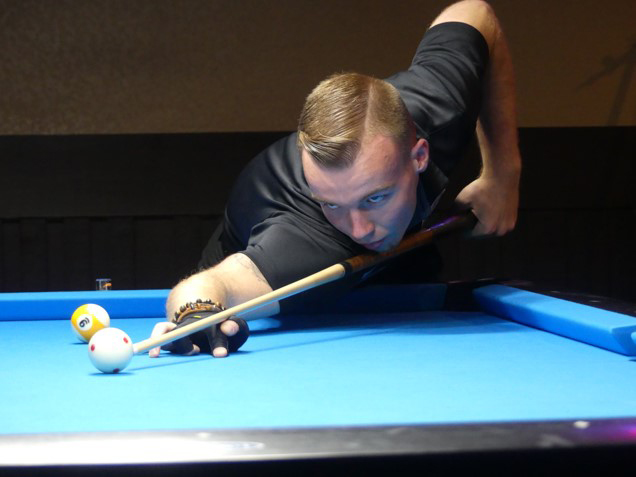 Justin sat down with me for dinner to fill me in on some details about his life, to this humble player he wasn’t aware of what this reporter saw, character. Let’s get to know a little bit about Martin, shall we?

Justin goes on to tell his story, he began his love of billiards around the age of thirteen when his father introduced him to the game. “My Dad played a little when I was younger and took me with him. I was hooked.” Martin says. “What other interests do you have outside of pool?” asking Justin in-between rounds of dishes at the restaurant. “I’ve gotten into fitness and eating a healthy diet, learning that this is one of the most important fundamentals to shaping my game. As you know, I’ve been raising show dogs for some time, this requires a lot of my time, which I have taken time off from to focus on my billiard career.” Martin says. Curious to what type of five-man team Martin would pull together to reflect what type of competitive person he is, asking him to name them and his response was not surprising, this was his list. “I’d think my pick would have to be,

Fedor Gorst, Niels Feijen, Tyler Styer, Roberto Gomez, and Roland Garcia. These men take this game seriously and they hold themselves to a standard that I hope I live up to daily not only in my game but in my character.”  Justin stated that his most memorable tournament in the professional level was 2019 International Open where he placed 32nd beating tough players like Feijen then losing to Fedor in the end to secure his spot that year. Pretty sporty if you ask me. This humble gentleman has seen and challenged the best of the best, jumping right into it with competitiveness and faith. It’s this man’s faith that has been guiding him in his life recently and those aspirations he has are grand. There is no stopping this Wilmington North Carolina native as he climbs to the top to be the best player he can, this reporter is sure Wilmington couldn’t ask for a better man to represent them! Good luck, Justin and thank you for your time.