Brutal Game Gear has two of the most interesting people on their team, first up, Brett Snowden from St Charles Missouri. This amateur player has a list of accomplishments ranging from The Midwest Expo to Derby City Classic both finishes ranging from 25th-32nd at the Expo and 2nd in a mini tournament at DCC, not too shabby. Snowden has been seen playing out of Kenny’s Bar and Grill, The Players Club or Teacher’s out of the St Louis Missouri area. Brett fills his time with other activities when he isn’t working on his mechanics alongside teacher and Mentor Charlie “Hillbilly” Bryant, such as running local pool tournaments, hiking, golfing, basketball and softball. Busy man! Snowden also let it slip he is getting married soon, how exciting! As we chatted, the question came to mind, “How on earth does your fiancé feel about your bright turquoise hair for these engagement photos?” Obviously, I did ask him! His reply, “It will definitely be time to dye it back a normal color, unless she doesn’t mind us going as Troll Dolls to the wedding?” What can I say, this reporter has a wide range of new friends and Brett is definitely one of a kind. This humble thirty-one-year-old was seen practicing as much as he could with the heart of a lion each rack, seeing the drive on his face was enough to add him to this great wall of players. We are sure to run into Brett again and this blonde diva looks forward to seeing Snowden snap one of these Tournaments off in the near future. 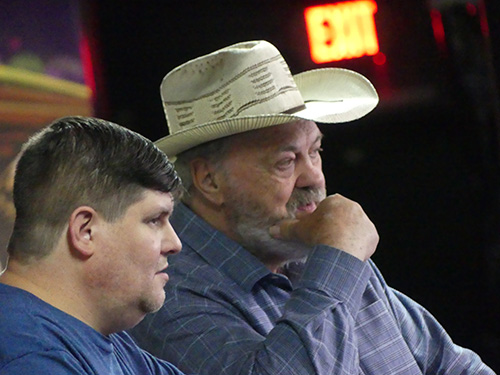 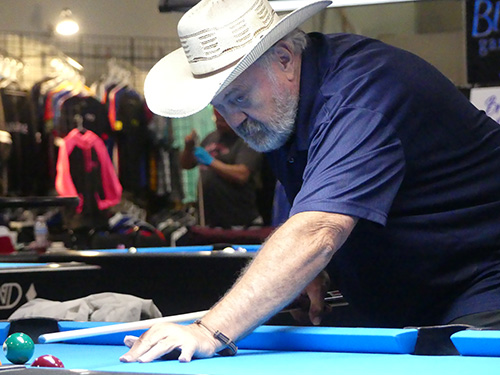 About the Author: Inside POOL Magazine