I point my car toward Meridian, Mississippi, where I have overheard is hosting one of the south’s biggest monthly tournaments since the pandemic. Grabbed my flyer, camera bag, and enough snacks to make this five-hour drive with excitement in the air. This modest warehouse inspired room lived up to its name of Big Tyme Billiards in downtown Meridian on 1324 B St.; walking into the sound of pool balls clacking and the smell of chalk dust in the air, something I can never get enough of. I make my way to the counter to introduce myself to owners, Joey Henderson and Wesley Hearn; baffled, they indulge this quirky blonde and her camera. Henderson and Hearn have other properties and interests, but pool has been in the forefront of their lives since they were young players. This room is one of two they own with its three 9-foot Diamond’s and ten 7-foot valley tables, friendly staff and regulars that are so welcoming you feel you are in your own home pool room.

As I sit and watch the bracket filling up with its 117 entries, one player captures my attention. Young Gun Chaney White opens his case and puts his J Tucker Cue together and asks to hit some balls. Did I mention he is fifteen years old? Well, where are my southern manners? I sat down with Chaney to ask him some questions, “I watched you put your cue together against some tough competition, what is going through your mind when you walk into a place with all adults?” his reply, “Ma’am, I just keep focused on the game and play the table.” 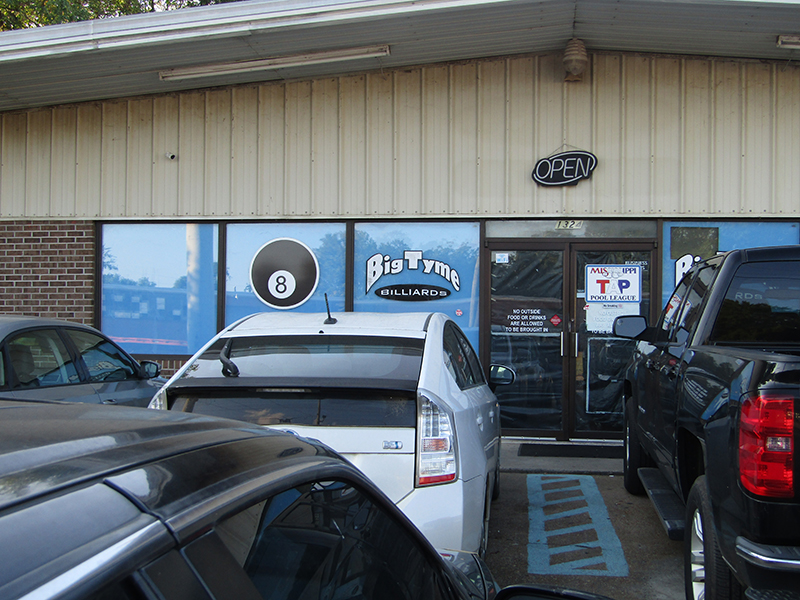 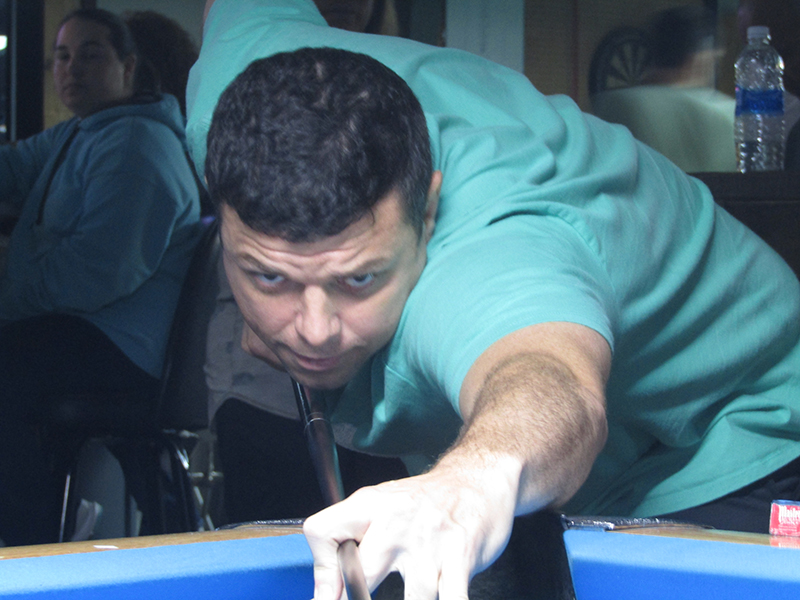 One last question for this modest talent, “If you could be any pro player in ten years, who would you want to be?” Chaney says, “I would want to be Shane Van Boening, he is really respected, and I would like to be just like him.” What a fantastic attitude from this dedicated fifteen-year-old!  As the tournament progresses into the evening, someone else catches my attention, a man by the name of Rickey Simpson. He is grouped together with Buster Merchant, which, if you all recall, took 1st place in Cleveland, Mississippi, another favorite player in this area. Watching Rickey move around the table and after his match, teach his opponent two different ways to shoot the missed pivotal shot to win the game. It was obvious he and Chaney were part of this next story. Simpson agreed to sit down with me and answer two questions, “Rickey, how long have you been playing this game? His reply? “I’ve been on and off a pool table for over 50 years and I’m not ready to retire just yet.” One more question for this powerhouse of his time, “what was your most memorable win?” Rickey smiles and says, “The Super Bowl Open in Memphis, TN I won 1st place out of 128 players, wow what a great day!” I am sure we will see more of this champion out of Meridian, Mississippi. From the young to the old, this game captures the interests of us all and to witness two opposite generations, but the same love of the game is a great story.

The final day of this massive handicap 9 ball monthly tournament as it winds down it came down to four finalists who are eager to win this purse and the title: Jonathan Martin, Bobby Harvison, Greg Fowler and Scooter Goodman. Some tough action in these four. Scooter takes the hot seat against Fowler, who had no give up in his abilities, now the climb to see who will face Scooter again in the finals. We noticed one man hanging in there against these heavy hitters, Bobby Harvison taking out Big Gun Jonathan Martin (4th place) and Greg “Beast” Fowler (3rd place) after his loss to Goodman. His luck ran out against Scooter Goodman and slides into the second place slot.

What an exciting weekend! After shaking hands and thanking everyone for their hospitality, my mind wonders, will this tournament be bigger next month? Will there be a new winner? Will there be a Pro sighting? Big Tyme Billiards is an absolute favorite on my list of Rooms to visit. It is charm, the patrons, it’s staff and owners bring out a great atmosphere to learn and practice this game we love so much. So, where will I be on my next adventure? I could be coming to your town to write about the amazing places you play pool placing your room on our map of Inside America’s Pool Room.

Follow me and all the other significant information on insidepoolmag.com and TBC The Billiard Channel.