On day one — December 4th, 2018 — of the 25th Mosconi Cup, Skyler Woodward & Billy Thorpe played Jason Shaw & Albin Ouschan, dropping the match 5-1, and beginning the event down 2-0 — team Europe on course for a possible sweep, but team USA had other plans in store, for they would eventually go on to win 11-9, taking home the cup, and making billiards history.
Perhaps the most pivotal point in the Cup came when Skyler Woodward beat Jason Shaw in a 5-4 nail biter; Sky came through in true top form on day 3 of the cup in the fourth match of the day. The jump shot again coming into play (as it had several times), and it would be a flubbed jump shot by Shaw and a foul-hit, with it at hill-hill (4-4) that set up Woodward for the ball-in-hand out. This with Europe at 5 and the US at 8, so had Shaw won it would have been 6-8, with Europe just two behind. However, Woodward maintained his composure and secured the run out and victory, raising both arms in the air, the USA team going crazy in celebration — all realizing how crucial a win it was — USA 9, Europe 5 at that juncture in the Cup.
Flashback to several months prior to all this:

WITH THE 2018 Mosconi Cup now six months away, the initial group of 14 American players has been announced. The 16 will attend a series of team get-togethers, training camps and tournaments as they work towards victory at the 25th annual partypoker Mosconi Cup which takes place at Alexandra Palace, London this December 4-7.

Of the 16 players named, over half of them have previous Mosconi Cup experience with Corey Deuel at ten appearances being the most seasoned. There are six players in the squad who have yet to taste the fiery atmosphere of the event. The final team of five will be announced at the end of October. 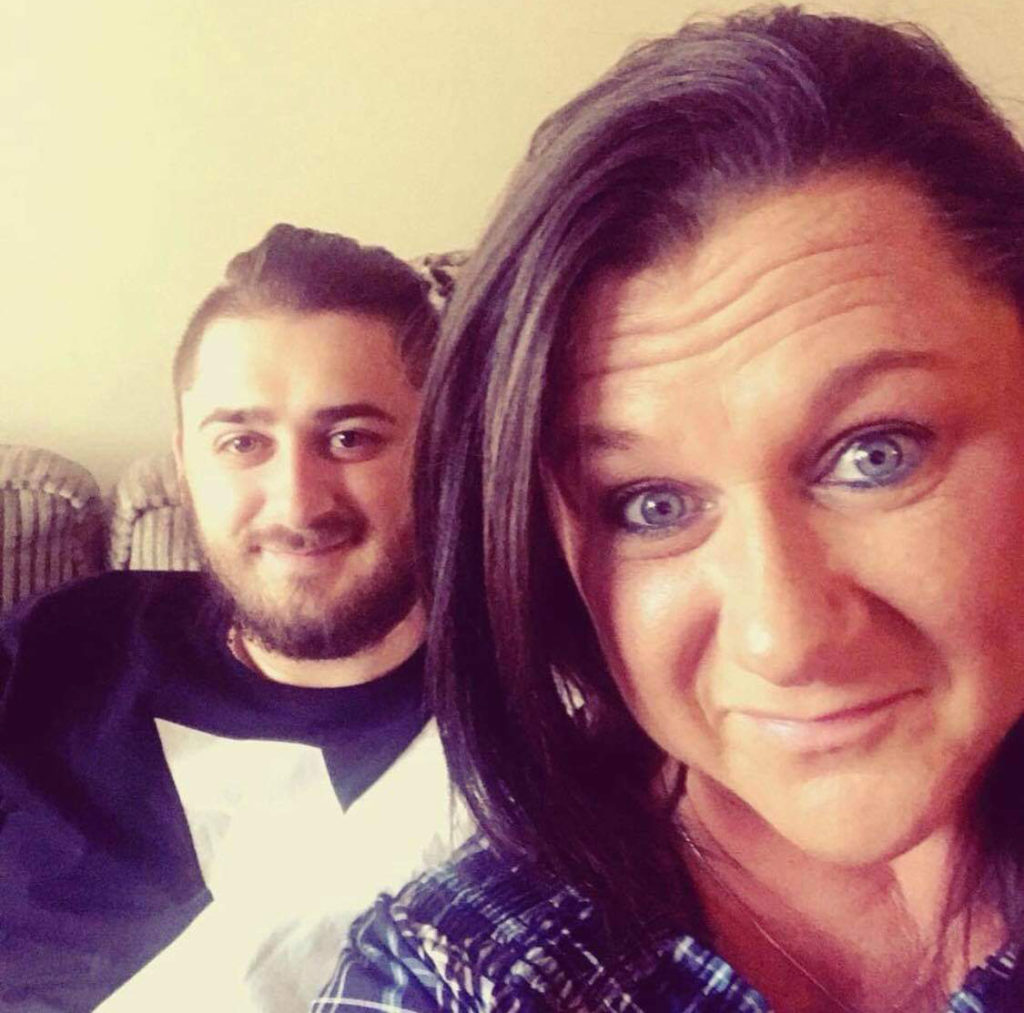 Back to Skyler Woodward, now MVP of the 2018 Mosconi Cup, and recent addition to the legend of pool lore — with key victories to be the most integral piece in the US onslaught in London to take down the European juggernauts. And what a colossal fight it was, nearly coming down to the 10-10, hill-hill decider. That would not be however, the Europeans making the comeback, winning three consecutive matches on the final day, but dropping the first to Woodward, playing in top form, and exhibiting why he would ultimately be crowned “MVP” — team USA winning the contest of pool might 11-9 ultimately. Then Shane Van Boening finding Mosconi Cup redemption, pocketing the final, decisive one-nine combo against the Greek, Kasakis, rookie to the cup — falling to the gargantuan offense of SVB.

Additionally, on day 3 Tyler Styer & Skyler Woodward teamed up against Niels Feijen & Albin Ouschan in the first match of the day — Niels Feijen failed to hide the cue ball on a missed safety and Woodward made an excellent, length-of-table cut shot playing in top form — then Styer had a rare miss on an open shot, Woodward telling his teammate, “It’s all good.” It happens, and the pressure of the cup, combined with the presence of the European crowd, always there to accentuate any mistake by team USA. That’s part of it it would appear, overcoming any distractions, and running out. Europe took advantage of the rack and got it to 1-0. Then, later, with Styer and Woodward at 2-1, looking to go up 3-1 in the race to five for the team point — the commentator says, “They’re silencing the crowd…Stone-faced Styer…laid back Woodward, going about their business…this is the new generation of American pool.” Then, bam! 3-1 team USA, and the momentum in our favor. Team USA dry breaks. Europe gets the rack, 3-2 USA. Next rack off a missed shot by Albin, USA wins it 4-2 now. Europe takes the next one 3-4. Then, in the eighth rack, Woodward tells his partner, “I say wack it. You know what I mean brother bean? Send her for a ride.” And the play worked out on the kick shot, resulting in a snooker; then, Feijen jumping and missing the shot, but leaving the US hooked yet again. Then, Woodward kicked and made a ball! Then Styer, hooked yet again, hits the jump shot and makes contact but misses. Team Europe approaches the table, vexed by a difficult layout, then flubbed a safety. Now, team USA with an opportunity. Back and forth safeties from USA and Europe…then, Europe leaving a kick shot again to Woodward, who makes a good hit. Again, Europe plays a snooker in one of the most hard-fought racks of the Cup — Woodward failing to make a good hit in the exchange. Europe running out the ball-in-hand, now the match hill-hill (4-4). Then, the final deciding rack, Woodward to break, makes a ball, and they run out for team USA! USA now up 7-4, rolling with the punches.

Throughout the Cup, Woodward came out victorious in key matches, and with big-time, clutch shots.
Rewind again to where it was USA 7, Europe 4; to play again was Woodward, this time vs Alex Kazakis. At one point, the match locked up at 2-2, then Woodward had made an excellent safe, Kazakis leaving the open shot. Misses happen however, and Woodard made a rare miss, leaving the open run out to Alex. Kazakis then hooking himself during the course of the out, yet making a spectacular recovery shot to take the lead, 3-2. But after a miss, it’s how you recover, and Woodward broke and ran out the next rack in flawless form, now 3-3. At that point in the 7th rack, woodward misses a tough, long shot, leaving Kazakis a tough leave with a little luck, Alex plays safe, and Woodward plays a 3-9 bank combo and nearly makes it, leaving Alex a long, tough shot, with no good opening to shoot at; Alex plays another safety. Leaving a long hit on the 3. Woodward plays the return safety off the 3 (defense rack). Kazakis gets the first open shot at the 3, but missed it, Woodward taking the open out after that, Woodward 4, Kazakis 3. Woodward breaks, doesn’t get a good shot on the 2 ball, plays safe, with Kazakis playing the 9 off the kick into the two but missing and leaving Woodward the opening, then the early 4-9 combo for the win! USA now 8, with Europe floundering at 4 — Skyler securing yet another key matchup.

Between The individual wins against Kazakis, Feijen, and Shaw, and the team win with Styer, Woodward was key to winning 4 of team USA’s 11 victory points. The MVP award looming over the horizon line of billiards immortality.
“The guy’s just insanely good,” team USA coach Johan Ruijsink said of Woodward in one part of an interview after the cup was won.
Of winning the MVP, Skyler Woodward said, “Man it feels great. MVP’s just a bonus of course. I’m just happy to win the Mosconi Cup, finally, it’s my fourth year. That feels the best really…we’re all MVP’s. We’re a team to win, so we’re not one guy. So, MVP’s a bonus, but it feels amazing to get the MVP, you know you played good to get the points too… so, feels great.”

Meanwhile, some seven months prior to all this, 16 US players were named to contend for the 5 slots on the team, as orchestrated by Ruijsink. Johan wanting a good field of players to select from. And Skyler Woodward not only made the cut, he made the MVP, and was instrumental in propelling team USA to victory.
Sky’s mother, Deborah Jackson Woodward witnessed the whole event, and took a look around London a bit on the trip as well, posting videos of the proceedings, and her experiences with her son — the two seeming to enjoy taking it all in through the course of the event.
In this article, we will take a look at Deborah’s insight on the cup, her and Sky’s experiences, and what it was like to be there through the course of the event. She supports her son and the game with a flair and passion that rivals fans of any sport or endeavor… (to be continued…)
(InsidePool Magazine independent writer, Patrick Sampey returns to cover Sky’s The Limit…)
We plan to return with Woodward’s mother in a follow-up article coming out soon. Keep on hitting them balls.