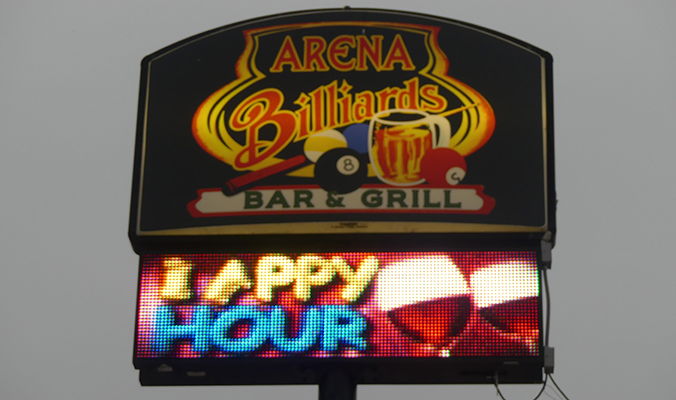 As each of our southern states begins its opening process because of the global pandemic, our small business owners such as our billiard venues are struggling to stay afloat. Joey Henderson, with his business partner Wesley Hearn, of Big Tyme Billiards decide to give a helping hand to one West Monroe Pool Room. Henderson, as you recall, has produced some of the biggest payouts in the south. With winnings going into the tens of thousands, this Tournament Director has a style that brings in the big guns and has proven that Mississippi has a heart of champions. If Big Tyme Billiards is asking for support, it is time to pack up a camera and hit the road south. Henderson sets out to bring in his infamous High-Low tournament, in hopes to bring positive exposure to one of Louisiana’s treasures, Arena Billiards. Arena Billiards is located at 1411 Thomas Road, boasts a full bar and kitchen with twenty-four seven-foot coin operated Diamond tables with additional four nine-foot Diamonds to round out the venue. Walking into this Louisiana treasure, you find yourself standing on the front porch of the tall white column pillars holding up this amazing venue, with double doors welcoming you into your next home. The horseshoe bar in your eyeline says, “Where’s my beer, Sam?” Then, set in the distance you see it; an arena of a pool enthusiast’s dreams with billiard chairs, tables, and a passion! Strolling through this larger-than-life room, with walls covered with picture perfect memories from Paul Newman to none other than legend Scotty Townsend; this, ladies, and gentlemen, is why this reporter made it a point to cover this tournament. The smell of chalk, the Louisiana accents, and the hunger to win rises when you walk through this room, which brings me to The Scotty Townsend Memorial; bringing in some of the biggest names in billiards such as Shane Van Boening, Dennis Orcollo and Johnathan Hennessee just to name a few. Townsend was a legend at Arena Billiards with his most remembered 1995 U.S. Open 9 Ball finish placing third but losing to Johnny Archer. With a fire in his soul and a passion for the game, he earned his status in his hometown of West Monroe. They usually hold this Memorial Tournament in March in honor of Scotty, who passed in December 2016 doing what he loved to do (other than beating competition on the table): riding his Harley-Davidson motorcycle. Henderson, Hearn, and I give our time with help from manager Rivers Sevario and Josh Hoff to light up this venue with Big Tyme Billiards of Meridian, Mississippi’s infamous High-Low tournament. 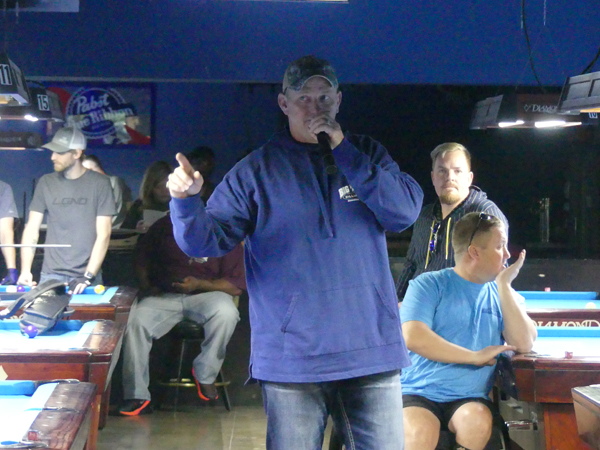 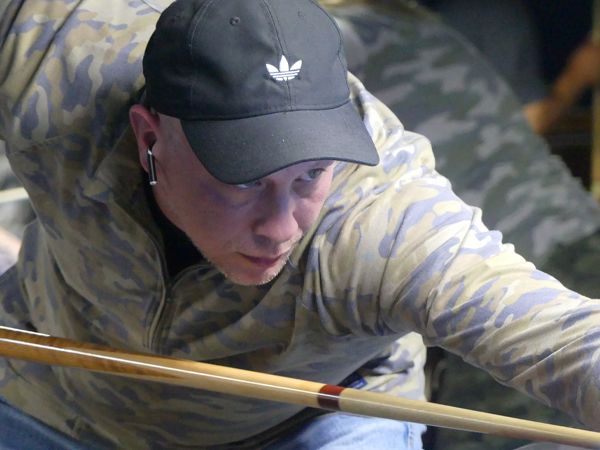 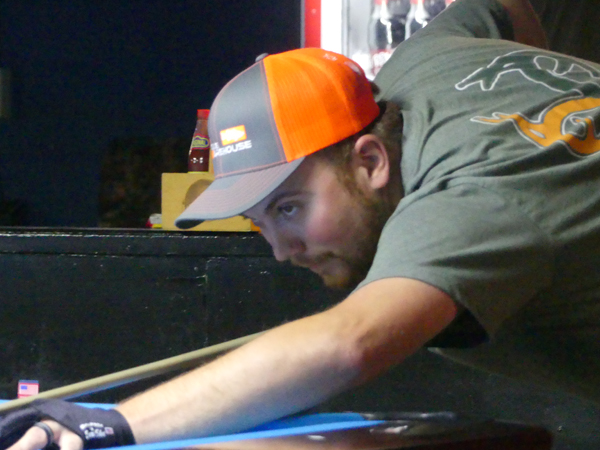 As the tournament is set for Saturday, Henderson does his magic by holding a short rack Eight Ball tournament for those who have arrived on Friday; also, a ring game is provided for those willing to take on Hennessee and none other than Tony “Fargo” Ferguson in some banks. Ferguson is a legendary full rack banks champion with additional honors, like the One Pocket Hall of Fame. Sevario gave it a shot with the big guns without hesitation; these managers and owners are players! Rivers Sevario finishes 4th with Hall of Famer Ferguson taking home the cash. Not a bad Friday night, if you ask me. With over one hundred players set for tomorrow, spanning the room for the player that stands out the most; whispers of a player enter this reporter’s ears, but that will have to wait until tomorrow. Hi-Chews and Jolly Ranchers in hand, which I took out of Johnathan Hennessee’s case, so I trust you all will keep this to yourselves; now it is time for bed. Where did this reporter spend her fun filled weekend? Wingate by Wyndham, at 228 Blanchard Street, was affordable and comfortable; unfortunately, because of the pandemic, the pool was closed, and they could not serve the complimentary breakfast. Not to fret, the next day venturing out, the best small business coffee shop quieted the inner coffee beast within this columnist; Corner Coffeehouse gets five stars from me!

Walking into the last day of a two-day event with thousands in prize winnings, the air was filled with anticipation, nerves, and a hunger for a win all wrapped into one. Let us fast-forward to the final three starting with Big Tyme Billiards very own Walter Thompson from Enterprise Mississippi. This 50-year-old father set his cues aside for 20 years only to pick them back up to share a passion for the game with his son. Stating, “I remember playing when I was 13 years old in a town called Stonewall, Mississippi”, says Thompson. “I’ve spent most of my adult life in the oilfields. 30 years on the job and now I am a Drilling Consultant.” This man shot well, so maybe the mentality of the oil industry could impact the way he sees this game? I will have to get back with him on that! Walter sits in third place; well earned.
Facing off in the finals of this handicapped split bracket tournament is 21-year-old Robert Lee from Bessemer, Alabama, currently residing in Mississippi. Lee, placed in the skill level on the low side here in West Monroe, He was no slouch on the table, keeping his cool while tackling some of his more experienced opponents. Asking Lee a few questions after he has time to process the experience, here’s what he had to say, “I’ve been playing for about five years, my family owns a paving business which keeps me pretty busy, but I try to practice on weekends and nights when I can. I get to as many tournaments as I can that are close to home, two a month on an average. I want to give my Dad a shout out. He has always been my biggest supporter and Kaylee for the hours she spends in the pool rooms with me. I would love to be able to play as close as possible to Shane Van Boening or Efern Reyes, they make pool what we all want.” Great words from a younger player catching his second-place finish! Great shooting, Robert! 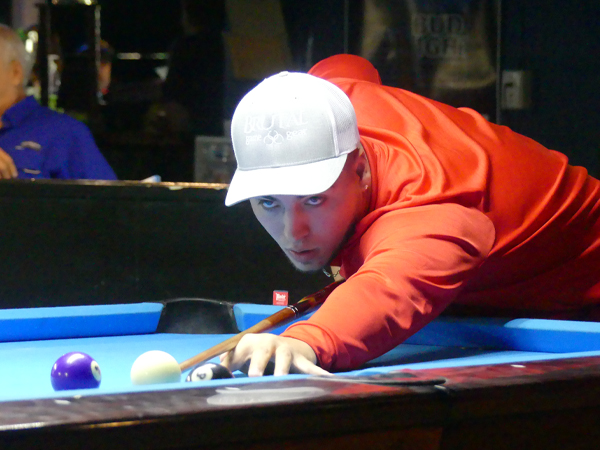 Who took the King of the Arena crown on April 25th, 2021, Boog Long from Natchez, Mississippi. What can a columnist say, these Mississippi people can play! This 31-year-old father of two says his greatest accomplishment in life is his beautiful wife and his girls. Being a full-time employee of Von-Drell Corporation, a paper plant, it leaves on average ten to fourteen hours of practice time a week, which did not seem to rattle this rack runner against some of the best players in the arena. Asking Long, “Outside of coming to Louisiana and robbing these guys of first place, what else do you do for fun?” his answer, as humble as can be, “Maybe a little fishing.” Long says he plays a little league out at Hucky’s Bar in his hometown, this reporter is assuming he may be the best in his area. Only a little more snooping will uncover that mystery here in the Cajun State. Pretty certain we will hear more coming from Boog out of the south. Congratulations on your first-place win!
Packing up my things, reflecting on the past weekend’s events; did this weekend give West Monroe the exposure they need to keep open? Are we seeing the beginning of a High-Low trend in the south? Only time will divulge the answers to these questions, before walking out of this amazing Arena, one more stroll is needed through this grand Louisiana venue, while still feeling the exhilaration on my skin, whispers from the fans cheering on their favorite player and finally hearing that last ball drop in front of a crowd of anticipated faces, the mission was accomplished. Standing in front of those massive southern columns that the south is known for, waving a mental goodbye to Scotty Townsend, West Monroe and the players who have made this place a must see.
Follow me on Inside America’s Pool Rooms on Facebook!
Do not forget to subscribe to YouTube and view our videos on The Billiard Channel

About the Author: Inside POOL Magazine